You can now officially get your swirl on! The first Pinkberry store in Sacramento is open! 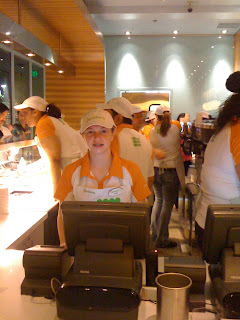 What's a Pinkberry?
If you don't already know, Pinkberry is a frozen-dessert chain that made a huge splash in L.A. and New York and lucky for us, it's now opening all over Sacramento! 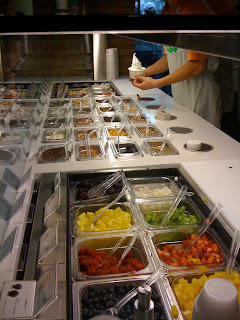 I interviewed Tariq Munir, a local businessman and restaurateur, who is introducing the Pinkberry craze to Sacramento.

Originally from Pakistan, Tariq completed his MBA in Houston, TX and moved to California in 1992. He saw promise in a new chain of restaurants called IHOP. Hmmm, sound familiar? :) At that time, there were only 3 stores around. Now, he has built his ownership to an impressive 20! He still has exclusive rights to build even more houses of pancakes and syrup, as well as the Johnny Rockets hamburger joints.

But why Pinkberry?
Tariq visited a Pinkberry store while recently in Los Angeles. Upon tasting the yogurt, he fell in love with it… and not just the product, he also loved the music, design, full service, & fresh fruit toppings available in the store.

Speaking to the owner, it was obvious to me that he really believes in the product, so I asked his favorite combination: The Original and Pomegranate Swirl (with blueberries and almonds).

Tariq says his role in day-to-day operations will not only be CEO of the company, but he will be involved in learning the brand and training managers and team members. Even two of his three daughters will work at the newly opened store.

How soon will other locations open?
Elk Grove location will open the 29th of April and Tariq says that he is pushing to have a location open every 3-4 weeks after that. So if you can't make it to the Arden location, be patient!

Speaking of openings, here's what went down under the VIP tent: 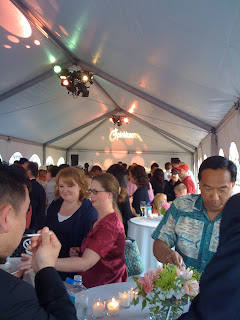 A DJ was spinning to entertain us with tracks from the 80's. 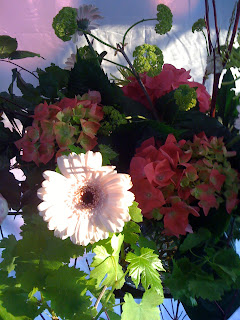 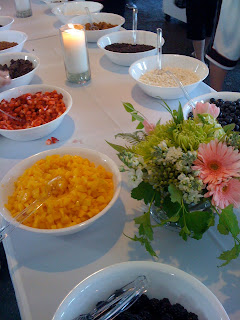 Toppings were laid out for us in giant bowls! We were able to sample original, pomegranate, and chocolate. I really liked the chocolate. It was very rich and tasted similar to a Hershey bar. 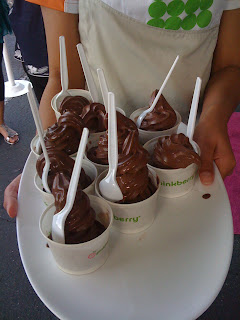 There's a customer loyalty program that Pinkberry wants you to join! It's called the groupie program! Just go to pinkberry.com and submit your email address! You'll get special invitations to store openings and the latest on job postings.

Thanks so much for coming, Kristy! It was great to see you.