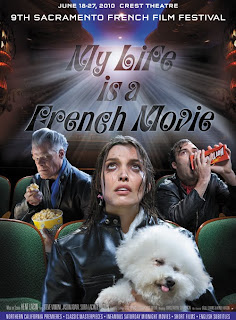 The 9th annual SACRAMENTO FRENCH FILM FESTIVAL will be held over two weekends June 18-20 and 26-27th.

A Catered Opening Reception starts on Friday June 18th at 6pm in the lobby of the Crest Theatre with Open Bar and Music / Opening film starts at 8:30pm.

As always, the Crest Theatre will host the event. The Crest is located at 1013 K Street, in Downtown Sacramento.

For more ticket information call the Crest at 916 44-CREST or you can buy them here.

All films are presented in French with English subtitles, and post-screening discussions follow some of the screenings.

Premieres:
New French Films in their Sacramento premieres.
The 9th SFFF will open with A l’ORIGINE (In the Beginning) by Xavier Giannoli a thrilling drama based on the true story of a small crook who built a piece of highway leading nowhere…

• FAIS MOI PLAISIR ! (Please, Please me!) a charming, happy comedy by Emmanuel Mouret (Shall we Kiss?).

• The historical drama L’ARMÉE DU CRIME (Army of Crime) by Robert Guédiguian retracing the true story of the Manouchian resistant group during occupied France in WWII.

• LES BEAUX GOSSES (French Kissers) first feature of comic book artist Riad Sattouf, a John Hughes-style hysterical comedy that will enthrall everyone who has ever been a teenager.

• RAPT by Lucas Belvaux a social-thriller about the downfall of a powerful businessman portrayed by Yvan Attal.

• The pride of French intelligence returns to Sacramento! The Festival will close in style on June 27th with OSS 117, RIO NE RÉPOND PLUS (OSS 117, Lost in Rio) the sequel to the uproarious spy-spoof comedy that opened the 2008 SFFF.


4 Classic Films Include:
A tribute to one of the most beloved French actors JEAN GABIN presented on June 26th-27th with:
• PÉPÉ LE MOKO by Julien Duvivier (1937) an undisputed classic of pre-WW II French cinema that combines poetic realism with gangster thriller.
• THE SICILIAN CLAN (Le Clan de Siciliens – 1969) by Henri Verneuil. One of the most popular and best French suspense thrillers of the 1960s, Le Clan des Siciliens brings together three giants of French cinema: Jean Gabin, Alain Delon and Lino Ventura. Chuck Zigman, author of the first English book about Jean Gabin The World’s Coolest Movie Star and Mary Moncorgé, Jean Gabin’s granddaughter, will introduce both films.

The SFFF will also present on June 19th-20th:
• DIVA by Jean-Jacques Beineix (1981). A classy 1980’s cult thriller with a dash of opera, Diva is a stunning piece of cinema that will grab you off your seat!

• THE STORY OF A CHEAT (Le Roman d’un tricheur – 1936) by Sacha Guitry, a hugely entertaining comedy, featuring some unforgettable visual comic gags. Besides being a comedy, Le Roman d’un tricheur is an original film with no dialogue but a voice-over commentary, in which the film’s central character (the cheat, played by the unforgettable Guitry himself) narrates the story of his life.

Special Guests this year include:
• Stéphanie Vasseur, screenwriter and director of 2 short films presented this year at the Festival: Le Petit Marin (The Little Sailor) and 3ème B 4ème gauche (international premiere) and Sous Mes Yeux (Under My Eyes) presented at the SFFF in 2007. 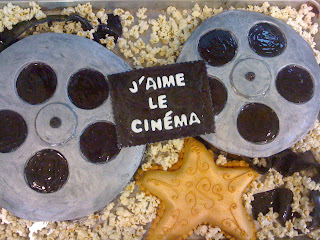