Hail to the Chef: Michael Vaughn, Head Chef of Ringling Brothers and Barnum and Bailey Circus, & Director of Food and Facility Services 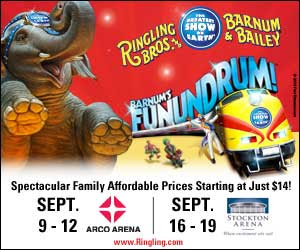 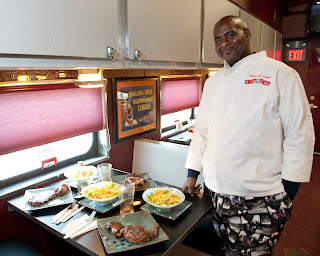 Have you ever thought about what the circus performers eat while they are on the road? Did you know that the Ringling Brothers have an executive chef who prepares meals for them? This week, I interviewed Michael Vaughn, who is exactly the man in charge of the menu for the circus!

For over 13 years, Michael Vaughn has been a prominent fixture on the Blue Unit of Ringling Bros. and Barnum & Bailey®, having steadily advanced up the food service ranks from sous chef to manager to Director of Food Services (a position that at one point put him in charge of all of the Ringling Bros. touring companies) and now Director of Food and Facility Services. In this new role, Michael not only oversees his staff of six people and the daily operations of the newly built, state of the art Pie Car (a car on the train that services food to personnel) and Pie Car Junior (a 22-foot trailer that supplies food at each venue), he also oversees and supports the four nursery staff members with projects, schedules and PTA meetings, and heads the hospitality department where he helps the new international performers get special food and get situated with the right places.

I asked him some of the questions I typically ask in the "Hail to the Chef" series:

1. What made you want to become a chef?
At first Michael did not want to be a chef. He assisted his grandmother at her restaurant.

2. Where did you receive your training?
Cooking is a fixture in Michael's family. There were two family restaurants, and Michael has also worked in a hospital. His great grandfather was creole and the method of Creole cooking was passed down to him. When Michael was 11 years old, he began spending an increasing amount of time with his grandparents who were both cooks. At 13 years old, Michael had been recruited after his grandfather passed away to help his grandmother supplement her income by making and selling lunches and pies to local construction sites.


3. What is a typical day like for you?
Michael plans out breakfast. lunch, and dinner, as well as the snacks in between for the circus performers. From 6am-1pm, breakfast is served, and from 6pm-7pm dinner is served, as well as a later time for performers. 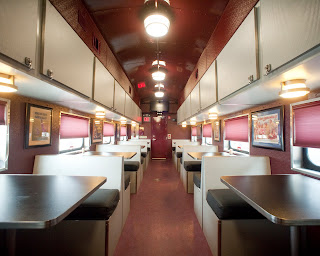 Michael strives to make the menus interesting and welcomes input, always looking for opportunities to make someone’s favorite dish. “The Pie Car is not just food service, we feed the employees, and we are a family feeding other families. This is why I hate using a cycle menu. I like to keep it fresh and cook for our international performers. We like to make it as personal as possible and will even have guest cooks to help us out with ideas,” states Michael. 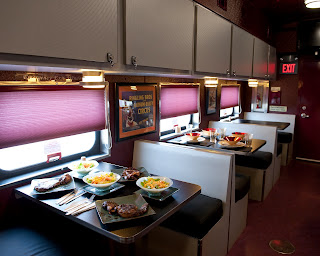 5. What are your least favorite items to prepare? Cheeseburgers and fast food items.

6. Please tell me about your most overwhelming moment in the kitchen:
Right before a company event, the fire extinguishing system malfunctioned and they had to close the kitchen down. Then they went outside to pre-prepare some of the food, brought in some laborers, cleaned up the entire kitchen, and got everything back on track. 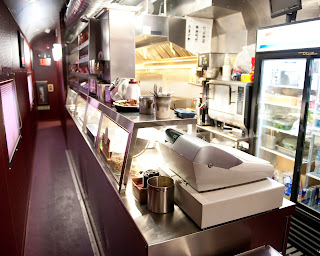 While there are many challenges involved with managing the pie car including being prepared to feed all 300 plus employees at all times, keeping waste down to a minimum, having enough stock during travel, and always being prepared for any last minute problems, Michael enjoys being able to problem solve. “When I wasn’t with Ringling Bros., I was bored silly. I love the excitement, the challenge, and the everyday crunch,” explains Michael.

7. What is your "can't live without" kitchen tool and why?
The chef definitely has his own knives and keeps them locked up. He also loves his Cajun spices, because there are some he orders special.


8. If you had a different career choice, what would it be?
Chef Michael used to work as a firefigher and really enjoyed the paramedic aspect of firefighting.

9. What is the most important thing you have learned in your culinary career?
Chef Michael says: "Show must go on!"


10. What was your best meal ever?
Chef Michael reports that he was most impressed with a Tapas restaurant in Chicago called Avec (temporarily closed and reopening in September) and recommends the stuffed dates.

Joining Michael on the railways is his wife Danette, whom he met at Ringling Bros. when she was a former featured vocalist for the 134th Edition, and their toddler daughter Bree.

Email ThisBlogThis!Share to TwitterShare to FacebookShare to Pinterest
Labels: events, food, hail to the chef, sacramento