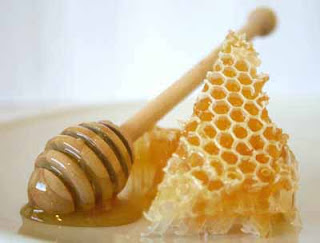 Yesterday, I attended the Placer County Honey Festival, and was quite pleased to place second in two events they held. One was the 5K race (that actually turned into a 7K, as the course was not clearly marked and the runners were misdirected). I was able to get back on track thanks to a phonecall from my best friend (who was also running the race). She finished 4th BTW... :)

The other event was a cornbread recipe contest. I never made my entry before, though I have made cornbread several times. Since I was using honey in the recipe to celebrate the them of the festival, I decided to go with a savory flavor to contrast. The answer was: BACON. Because, come on... isn't the answer always bacon? Dee-lish!

I turned in my entry and waited patiently amongst the other 20 contestants. Time ticked by slowly as the judges sampled each entry. Finally about 2:30, they announced the winners from 5th place to 1st. The top three winners took home monetary awards! :)
I thought I would at least place maybe 4th or 5th, so then my name wasn't called, I started getting a little nervous.

The entry that won the contest had a wonderful presentation. It was multi-colored, and (I think) it was prepared southwestern style.

The picture below is not what I presented to the judges, but a variation that I am bringing to the KVIE Art Auction Preview Party this evening. It is the same cornbread recipe, but with honey buttercream on the top. My presentation was a 10-in round, about 2 inches tall and brushed liberally with honey butter glaze. 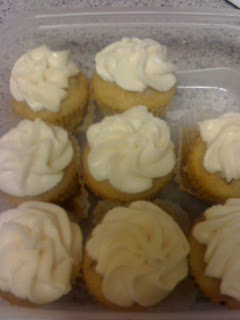 Mix the cornmeal, flour, baking powder, sugar, and salt In a large bowl. In another container, whisk together the whole milk, eggs, butter, and honey and bacon fat. Pour the wet mixture into the dry mixture, and stir until just combined.

Pour into a loaf pan and bake at 375 until golden brown. Alternatively, you can line a 12-cup muffin tin and divide the cornbread mixture to make cornbread muffins.

Melt butter and sugar together, bring to a boil to dissolve the sugar. Cool. Stir in the honey. Allow to cool a bit.

Poke holes in the top of the cornbread with a fork. Brush with honey glaze and serve.
Love & Sugar xoxo cakegrrl2007

It says 3/4 cup to 1 cup beer in the ingredient list, but it isn't mentioned in the directions. Is it assumed that it should be added with the bowl of liquids and then combined with the dry ingredients? Thanks!

Thank you! I'm gonna do a couple run throughs so I can master them in time for Xmas. Do you have any recommendations for what type of beer I use? And this recipe is good for a dozen muffins/cupcakes?

Yes, this will make about a dozen. I would use a medium ale... like a Sierra Nevada. I am not sure where you are located, but BUY FROM A LOCAL BREWERY!! :) Merry Christmas!!