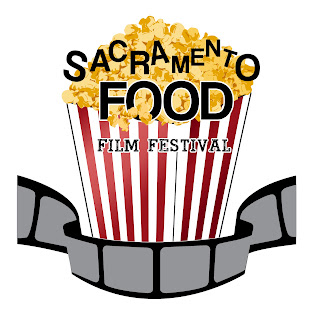 Some of the best movies I have seen in the past few years have been all about food!!

More specifically, documentaries about our food and its production and distribution.

Needless to say, the inaugural Sacramento Food Film Festival is right up my alley! It will be held on Saturday, March 10, 2012 at Guild Theater from 10am to 10pm. So basically, come out like you are camping out for a deal on an HDTV at Best Buy on Black Friday, ok? ;)

I know a lot of you seem to be aware and conscious of the serious food issues/problems that this world faces, but these movies will educate you (as well as entertain and provoke thought) to what is really going on and really going wrong with our global food supply.

Here is the film lineup for the day: 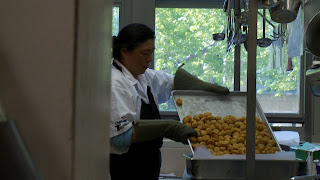 Lunch Line follows six kids from one of the toughest neighborhoods in Chicago as they set out to fix school lunch — and end up at the White House. Their unlikely journey parallels the dramatic transformation of school lunch from a patchwork of local anti-hunger efforts to a robust national feeding program. The film tracks the behind-the-scenes details of school lunch and childhood hunger from key moments in the 1940s, 1960s, and 1980s to the present, revealing political twists, surprising alliances, and more common ground than people might realize.

11:30 The Last Crop 50 min.
The Last Crop follows Jeff and Annie Main, and examines how one family’s mission to preserve their small working farm’s existence for future farmers is challenging the status quo of farmland conservation and farm succession policies within California’s 36 billion dollar agricultural industry. I saw this movie early this month and absolutely loved it. Since the filmmaker keeps adding on to the length of the film as the story progresses (as it is a work in progress), it will be a little longer than 50 minutes. 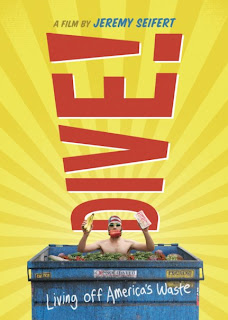 Inspired by a curiosity about our country's careless habit of sending food straight to landfills, the multi award-winning documentary DIVE! follows filmmaker Jeremy Seifert and friends as they dumpster dive in the back alleys and gated garbage receptacles of Los Angeles' supermarkets. In the process, they salvage thousands of dollars worth of good, edible food - resulting in an inspiring documentary that is equal parts entertainment, guerilla journalism and call to action.

1:30 Future of Food 88 min.
The Future of Food has been a key tool in the American and international anti-GMO grassroots activist movements and played widely in the environmental and activist circuits since its release in 2004. The film is widely acknowledged for its role in educating voters and the subsequent success of passing Measure H in Mendocino County, California, one of the first local initiatives in the country to ban the planting of GMO crops. Indicative of its popularity, the Future of Food showed to a sold out audience of 1,500 at the Castro Theatre in San Francisco in 2004, a benefit for Slow Food, where it was introduced by Alice Waters. 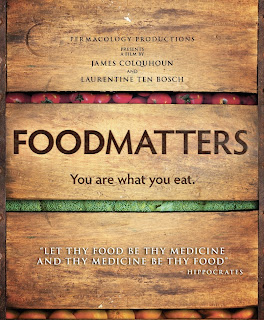 With nutritionally-depleted foods, chemical additives and our tendency to rely upon pharmaceutical drugs to treat what's wrong with our malnourished bodies, it's no wonder that modern society is getting sicker. Food Matters sets about uncovering the trillion dollar worldwide 'sickness industry' and gives people some scientifically verifiable solutions for overcoming illness naturally. 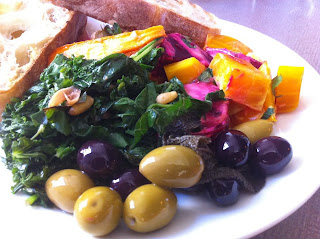 Inspiring and rich, INGREDIENTS unearths the roots of the local food movement and digs into the stories of the chefs, farmers and activists transforming our broken food system. This upbeat, beautifully-photographed film introduces us to the verdant farms and pioneering restaurants where good food is produced and served. From innovative farm-to-table programs in Harlem to picturesque sheep farms in Oregon’s Willamette Valley, INGREDIENTS shows the heart of an alternative food system – healthy, sustainable and tasty.

Through interviews with world-class chefs such as Alice Waters and Greg Higgins and sustainability-minded farmers in Oregon, New York and Ohio, INGREDIENTS weaves an uplifting tale that is equal parts earthy rebellion and mouth-watering homage.
Narrated by Bebe Neuwirth, INGREDIENTS is a fun, open-minded film that will satiate both veteran slow-food fans and the uninitiated alike.

6:00 Farmaggedon 90 min.Farmageddon highlights the urgency of food freedom, encouraging farmers and consumers alike to take action to preserve individuals’ rights to access food of their choice and farmers’ rights to produce these foods safely and free from unreasona-bly burdensome regulations. The film serves to put policymakers and regulators on notice that there is a growing movement of people aware that their freedom to choose the foods they want is in danger, a movement that is taking action with its dollars and its voting power to protect and preserve the dwindling number of family farms that are struggling to survive.

9:00 What's Organic about Organic? 59 min.
WHAT’S ORGANIC ABOUT “ORGANIC?” delves into the debates that arise when a grassroots agricultural movement evolves into a booming international market. As the film moves from farm fields to government meetings to industry trade shows, we see the hidden costs of conventional agriculture. We also see how our health, the health of our planet, and the agricultural needs of our society are all intimately connected. The film compels us to look forward, towards a new vision for our culture and encourages us to ask, “How can we eat with an ecological consciousness?”

For more information on the event go to: http://sacfoodfilmfest.com

You can find the Sacramento Food Film Festival on Facebook here!!

PS: If you buy a ticket by March 1st, you will be automatically entered to win a restaurant gift card from deVere's or Ella.

Buy tickets here now! Hurry because the Guild only holds 200 people and tickets are going fast!!