Grab Your Crew for Blues & Brews at the California State Fair! 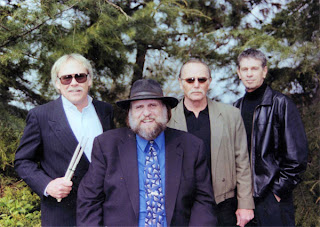 Heat Up the Summer Night with the Sounds of the Blues

This media release is brought to you by the California State Fair!!

Feeling the need to be in the blues spirit? The California State Fair will sizzle every evening of the State Fair thanks to Terry Hanck, one of the most sought after blues players in the country. If that isn’t enough, beginning opening weekend, every Friday through Sunday during the State Fair, Mick Martin and the Blue Rockers will unravel their award winning harmonic blues for all ages. Add a brew for delightful pleasures and enjoy the evening of easygoing melodious tunes. The sound of the blues is just one stop of many attractions at the California State Fair.

Known for his hard blowing sax, incredible range and gusty vocal, Terry Hanck is heavily influenced by the blues, soul and jazz music of the 50s and early 60s. Hanck brings a polished “festival” show that has wowed audiences throughout the United States, Canada and Europe.

In their home base of Sacramento, California, Mick Martin and the Blue Rockers have been cited on three occasions as the area’s “Best Blues Band” by the popular-vote Sacramento Area Music Awards (SAMMIES). Considered to be the pioneers in popularizing blues in Sacramento “teen center” in the 1960s, Mick Martin and the Blues Rockers vocal sound has traveled to Europe in three different tours. Now is your opportunity to catch them at the California State Fair.

FREE with Admission to the State Fair

Blues and Brews Stage is sponsored by Heineken.

You have until Friday, July 16 to save up to 50% or more when you buy your State Fair tickets online only. Get the best deal on Poppy Paks, Ride Wristbands, Season Passes, and individual tickets. The Poppy Pak is just $39.95 and includes 4 admissions, 4 ride tickets and a parking pass! New this year, the State Fair Season Pass will also get you free admission to the Raging Waters Waterpark during the fair!

I am so excited to go this weekend & see the new exhibits, catch some live blues, and maybe even try a bite of deep-fried tiramisu!! ;)
Love & Sugar xoxo cakegrrl2007