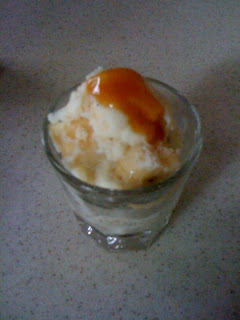 A little bit of background before I give you the ice cream recipe... I was inspired to make this flavor because of a game I have been playing this week called Sac Treasure Hunt.

It's an ongoing social media event involving twitter (and foursquare for the last hunt), coordinated by Matt Graham, Marketing Director of Jiffy Lube. Read the article about the hunt in the Sacramento Business Journal here.

For the first two treasure hunts, I was hired to make a cake for the celebration at the ending location, but the third hunt, I was able to play because I was not involved in the planning. The ending location of the hunt was at Zelda's pizza and the first twelve people won gift bags with AT LEAST $50 gift cards in them. The 12 people (along with people that found the location but showed up a little later) were all treated to dinner at Zelda's. The ongoing slogan/theme of Sac Treasure Hunt is "Find the Pirate in You!" So, WWPD?

What Would Pirates Do? If they were so inclined to make an ice cream, they'd use rum, bananas, and caramel (from the sugar cane) they'd stolen from trade ships! Arg, no ice or freezer to make the ice cream or keep it frozen, unless they sailed to the poles. Well, a pirate can dream, nonetheless.

Mix above ingredients in a bowl. Do not use too much rum or your ice cream will not freeze. ;) Pour into ice cream machine, your mixture should start coming together in 20-25 minutes. Meanwhile...

Slice 2 bananas, into small pieces and coat them with 1/4 to 1/2 tsp cinnamon. Set aside.

Cook, sugar and water until the mixture is a deep caramel color over medium heat (about 8 minutes). Slowly pour in the cream (it will bubble up) and cook another minute. Cool completely. You do not want the caramel to melt the ice cream when you stir it in. 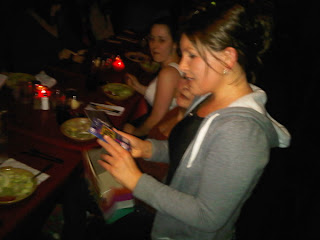